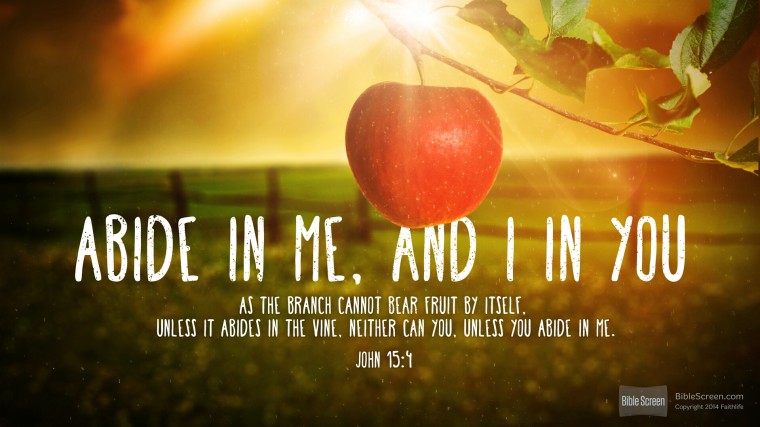 “Many baseball fans look upon an umpire as a sort of necessary evil to the luxury of baseball, like the odor that follows an automobile.”~~Christy Mathewson
(BrainyQuote)

Today’s word of the day, from the Oxford English Dictionary, is nullibiquitous, which means, “existing nowhere.” I guess it’s the opposite of ubiquitous.

Today is World Autism Day. April is also Autism Awareness Month. Since we have a daughter who is high-functioning autistic, this is meaningful to us.

We found out yesterday, at work, that our yearly raises are being delayed at least another quarter. It seems that, on a national level, the company is “underperforming.” We aren’t very happy about this, as we are very aware that our particular facility is making good money, and our customer is extremely happy with us. We were pretty much promised that, not only would merit increases happen in April, but that they would also actually be true merit raises, based on our reviews. After all . . . if raises are going to be across the board flat rate raises, why bother having reviews?

Today is Saturday, and Rachel and Justin will be coming over this evening, to celebrate Rachel’s birthday, which was this past Tuesday. We’ll be going out to eat somewhere.

On this date in 1513, Ponce de Leon, while searching for the legendary “Fountain of Youth,” discovered Florida. He immediately set up a retirement community. You can read the whole story at History.com.

Buddy Ebsen was an American actor who, at least by my generation, was probably best known for playing Jed Clampett on The Beverly Hillbillies. Here is a rather strange clip from that show, that I found on You Tube.

(From Praying With the Psalms)

As a deer pants for flowing streams, so pants my soul for you, O God.
My soul thirsts for God, for the living God. When shall I come and appear before God?
My tears have been my food day and night, while they say to me all the day long, “Where is your God?”
These things I remember, as I pour out my soul: how I would go with the throng and lead them in procession to the house of God with glad shouts and songs of praise, a multitude keeping festival.
Why are you cast down, O my soul, and why are you in turmoil within me? Hope in God; for I shall again praise him, my salvation and my God.
Psalm 42:1-5

“God is to the soul what water is to the body: an absolute need, felt intensely.” The very fact that we long for him is evidence of “the reality of the God who is there to fulfill our being.”

“‘As pants the hart for cooling streams when heated in the chase, so longs my soul, O God, for Thee, and Thy refreshing grace.’ In Jesus’ name (Nahum Tate and Nicholas Brady, ‘As Pants the Hart’). Amen.”

(From My Utmost For His Highest)

“The Glory That Excels”

So Ananias departed and entered the house. And laying his hands on him he said, “Brother Saul, the Lord Jesus who appeared to you on the road by which you came has sent me so that you may regain your sight and be filled with the Holy Spirit.”
Acts 9:17

When Paul’s sight was restored to him, he also received “insight into the Person of Jesus Christ.” The rest of his life consisted of nothing other than preaching the Gospel of Christ. “No attraction was ever allowed to hold the mind and soul of Paul save the face of Jesus Christ.”

If we are to be spiritual people, we must have this “concentrated passion” in our lives. “Never allow anything to deflect you from insight into Jesus Christ.” We must fight against things that push to have a growing fascination for us. It sounds so easy, doesn’t it? But it’s not. I struggle daily with things that present themselves to me in such a way as to distract me from Christ. And all too often, they are successful.

Father, strengthen my will, my mind, my imagination, and my spirit, that I might fight harder against these things that draw my attention away from Christ. While it is okay to have “hobbies” and other interests, these things should not occupy the bulk of my attention or desires. May Jesus Christ be my highest desire.

When we live the kind of life that Jesus lived, so that others can begin to imitate that life by imitating us, then we are making disciples.

Today is Ferret Day. Ever since I saw Beastmaster, I have loved ferrets.

Not much to talk about this morning. Yesterday was a pretty average day. Work went fine, Christi was, at one point feeling some better, but still in pain, and no developments on the job front. Things aren’t moving rapidly, and she is getting discouraged. We are are holding onto hope, though. God’s got this.

The Rangers pulled out a win in their second game, beating the Phillies, 3-2 in the bottom of the ninth. The Red Sox didn’t play. Elsewhere, the Houston Astros have a winning record for the first time since I don’t know when. And, to make it even sweeter, they won their home opener, beating the Evil Empire, 6-2!! Wouldn’t it be hilarious if the Astros won the division, now that Nolan is working for them? Then we wouldn’t be able to call them the “Lastros” any more. “Firstros” just doesn’t work as well.

It was on this date in 1513 that Ponce de Leon came ashore on the peninsula of what we now know as Florida, near present day St. Augustine. He immediately claimed the territory for Spain. De Leon, of course, was searching for the fabled “fountain of youth.” Instead, he found the “land of blue hair.” When he first discovered it, he believed it to be an island.

Today’s featured birthday is Leon Russell, born on this date in 1941. He’s a singer/songwriter who penned one of the hits that The Carpenters recorded, “A Song For You.” Then in 2010, he released a collaboration with Elton John, called The Union. Here’s a You Tube clip of a young Leon singing “A Song for You.”

(From The Divine Hours)

Let me hear what God the LORD will speak, for he will speak peace to his people, to his saints; but let them not turn back to folly.
Surely his salvation is near to those who fear him, that glory may dwell in our land.
Psalm 85:8-9
Send out your light and your truth; let them lead me; let them bring me to your holy hill and to your dwelling!
Then I will go to the altar of God, to God my exceeding joy, and I will praise you with the lyre, O God, my God.
Psalm 43:3-4
. . . that they may know that you alone, whose name is the LORD, are the Most High over all the earth.
Psalm 83:18

“Lord God, almighty and everlasting Father,
you have brought me in safety to this new day:
Preserve me with your mighty power, that I may not fall into sin,
nor be overcome by adversity; and in all I do direct me to the
fulfilling of your purpose; through Jesus Christ my Lord. Amen.”

Let no corrupting talk come out of your mouths, but only such as is good for building up, as fits the occasion, that it may give grace to those who hear.
Ephesians 4:29
Do all things without grumbling or disputing, that you may be blameless and innocent, children of God without blemish in the midst of a crooked and twisted generation, among whom you shine as lights in the world. . .
Philippians 2:14-15

Today’s reading in Reflections for Ragamuffins is “Not Resisting Evil.”

A very interesting concept is presented today. ” . . . the cross of Jesus not only illumines the enigma of suffering, it is a mighty source of light on every dilemma a human being can face.” The principle at work here is the principle of “not resisting evil.” I believe, with the author, that very few of us have fully comprehended that evil can be overcome in this way. “Redemption has come to us in the form of a cross. Suffering love is god’s strategy for overcoming evil.” God has saved us through suffering. As Charles de Foucauld has said, “Not by his words or his works, not even by his miracles, but by his Cross.”

What does this mean for us? It most certainly does not mean that we are to give in to sin. That is not the kind of resistance to evil that we are speaking of. Remember when Jesus said to “turn the other cheek?” His death on the cross was the premier example of him living out the principle he taught his disciples. You cannot beat evil by fighting it.

I do not ask that you take them out of the world, but that you keep them from the evil one.

Father, help me to understand and live out this principle in my life. Prefaced by scriptures that teach me that I need to abstain from doing the very thing I am best at, grumbling and complaining, I run headlong into this teaching that the way to defeat evil is by not resisting it, but suffering in love and obedience. Modern man cannot comprehend this principle without aid from your Holy Spirit. It is foreign to everything we have been taught by society. Our world tells us that we need to “stand and fight.” Our world tells us that we need to defend ourselves, by whatever means necessary. Jesus tells us differently. Our mission is to preach the Gospel. That is it. Our mission is to “make disciples.” We are not making disciples when we are fighting evil. We are not making disciples when we are championing our favorite pet cause. We make disciples when we lovingly submit and obey, and when we suffer in his name. When we live the kind of life that Jesus lived, so that others can begin to imitate that life by imitating us, then we are making disciples. Lord, teach me your way, that I may walk in your truth.

Father, I pray for this day. Again, I plead with you to intervene and relieve Christi’s pain. I also ask for something to move forward in the job search. I pray for Stephanie, that she might gain wisdom and understanding as you draw her closer to your heart. Help her understand, along with us, the things that matter most. I pray for a smooth work day. It’s busy today.

I pray for dear Marty, whose cancer has spread throughout his body. Give him and his sweet family comfort and peace. If it be your will, we would ask for healing. May your will be done on earth as in heaven. I also pray for RJ and Jennifer and their new baby. If nothing happens by tomorrow morning, they will induce labor. May the birth go smoothly, and baby and mother remain healthy throughout.

Your grace is sufficient. And amazing. Amazing Grace . . .

A radical concept has been brought forth today. We defeat evil by NOT resisting it. This requires meditation and wisdom.